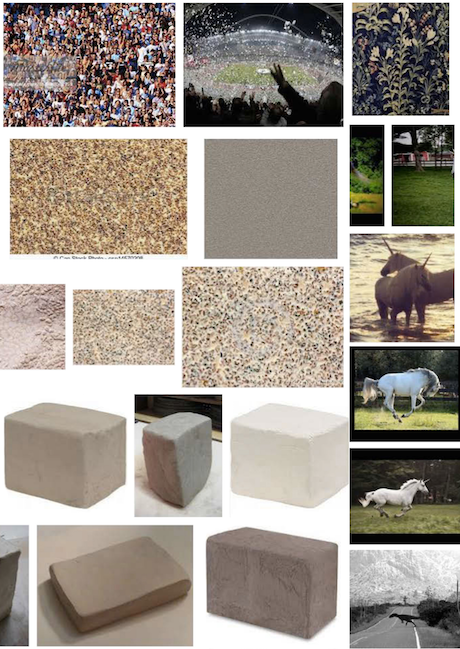 Seeing and being seen, Georgie, is very rarely simple, her mother says.
Being observed, seen, validated
A heightened state, feeling special, centered
It’s like the same term they use to describe narcissistic people, which is ‘conspicuous existence’ and it’s the same thing on speed.
You have a conspicuous existence.
Surveil, a separation from infinity
Surveillance porn
To be noticed is to be loved
Anna could spot, without even trying, three CCTV camera points from where she was sitting.
How like a brand new, insane sort of narcissism it would have seemed, this mad filming of ourselves all the time, had we had a preview of it even just twenty or thirty years ago.
To be observed is to be loved: I remember being a child and thinking ‘what if my eyes have been taken over by someone else and they now have access to everything that I’m looking at’ maybe a bit older than childhood, like right at the age when this meant that I would get out of the shower and make sure not to look at my naked body or in the mirror at all for fear that someone else would see my nakedness as well.
360° surveillance cameras
Panopticon
Space and time: to see the city from above, to see it as a whole: We see each other daily and in segments / Parting might make us meet anew, entire
This fiction already made the medieval spectator into a celestial eye. It created gods.
Miniscule ruses of discipline
To see as to exert power over, to attempt complete understanding, and therefore to posses, behold, to become satisfied, to file it away in the archive of things you know and to move on to the next thing.
To listen though,
Texture as what is to come, instead of what has happened.
Communication
Texture of communication
But if communication bears the mark of failure or inauthenticity in this way, it is because it is sought as a fusion. One begins with the idea that the duality must be transformed into a unity, and that social relations must culminate in communion.
To refuse catharsis, resolution, concretized narrative, to stay instead on the crest, riding the periphery
You asked me once, and I could give no answer,
How far dare we throw off the daily ruse,
Official treacheries of face and name,
Have out our true identity? I could hazard
An answer now, if you are asking still.
We are a small and lonely human race
Showing no sign of mastering solitude
Out on this stony planet that we farm.
The most that we can do for one another
Is let our blunders and our blind mischances
Argue a certain brusque abrupt compassion.
We might as well be truthful. I should say
They’re luckiest who know they’re not unique;
But only art or common interchange
Can teach that kindest truth. And even art
Can only hint at what disturbed a Melville
Or calmed a Mahler’s frenzy; you and I
Still look from separate windows every morning
Upon the same white daylight in the square.

[But don't forget: Direct action gets the goods!]

Harping on Units Since Forever was recorded between June 2, 2016 and June 2, 2017 in Chicago, New York, Los Angeles, and Portland, Maine. Permanent Six Flags is Emily Martin and Derek Baron.

Back to music
Back home